Our experience allows us to act quickly and effectively when faced with even the most urgent or difficult situations.

We advise both tenants and landlords in residential tenancy disputes, and if required, can appear at Court at short notice to represent you.

We can help you challenge any welfare benefit or housing benefit decision.
Our experience can help you navigate the ‘enormously complex’ benefits system
and social security legislation.

We are contracted with the Legal Aid Agency to provide Housing & Debt services from our office in Wood Green.

We have experience in a broad range of civil disputes. Please give us a call to see if we can help you.

We are contracted with the Legal Aid Agency to provide Housing & Debt services from our office in Wood Green.

We can assist whether you are a homeowner, landlord, letting agent, HMO manager, long leaseholder, private sector tenant,
council tenant or other social housing tenant. 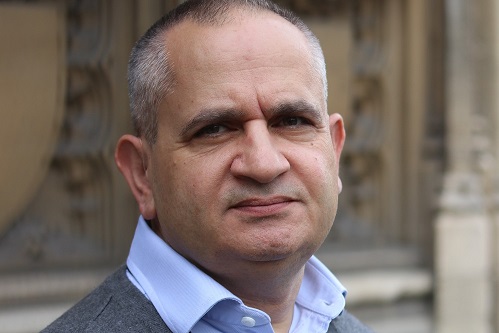 Carter Jones Solicitors is a law firm based in North London.  We specialize in social housing & residential property litigation work. The firm stands out for having great expertise in both the private sector and social housing areas of law. We offer Legal Aid in the areas of Housing and Debt.

Carter Jones Solicitors is a small practice where we look after our clients as individuals. We promise to listen to your concerns, to seek to understand your needs, and to offer creative and practical solutions in a cost-effective manner. You may be eligible for Legal Aid; in which case we can conduct your matter under public funding. We will give you legal advice and support that is specific to your particular situation. We offer a personal and friendly approach.

Whether you are a homeowner, landlord, letting agent, HMO manager, long leaseholder, private sector tenant, council tenant or other social housing tenant we can help.

Erol qualified as a solicitor in 2002 whilst working for a High Street law firm in North London and became the Principal Solicitor at Carter Jones Solicitors in 2016.

Erol has worked in the area of social housing and property law since he qualified and has helped thousands of families and individuals resolve issues with local authority and private landlords. He works for those facing homelessness or eviction, those whose homes have not been repaired by their landlord. He also provides specialist advice in relation to houses in multiple occupation.

“I was born in Famagusta, Cyprus. I arrived in the UK as an 18-month-old toddler and grew up in Tottenham. I still think I’m the best No.9 Spurs never had.

I attended, Drayton School, which was my local comprehensive in South Tottenham, after my parents said, “you’re going to that school because it’s the nearest”.

I remember going to University during the Punk Rock years. After graduating with a Business Degree, I worked for 6 months on a legal services project for
Bain & Co Management Consultants.  I later started working in the commercial world – including as Regional Sales Manager (UK & Benelux) for Intercontinental Hotels Corporation. I eventually came to the conclusion that marketing 5-star luxury hotels was no fun, so gave up to study Law. I had the modest ambition of wanting to help people.

My first involvement in legal practice, was as an outdoor clerk, where I spent many days and afternoons in the Bear Garden of the Royal Courts of Justice.
This included appearing before Masters for short interim and pre-action applications. I gained experience in legal aid work so long ago that I remember Green forms.

I completed the Legal Practice Course at The College of Law – Store Street and qualified as a Solicitor in 2002.

I now specialise in Residential Property Litigation and Social Housing Law. I am able to draw on my extensive experience to offer efficient and flexible representation as the founding lawyer at Carter Jones Solicitors”.